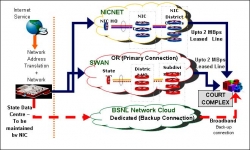 Jalna - Governance at the Touch of a Finger 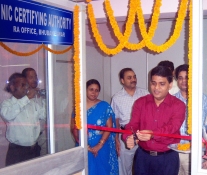 Rolling out NIC-GeP- the e-Procurement system in Orissa

Orissa has been the leading state in India to implement NIC-GeP -electronic procurement system by leveraging the Information Technology tools & the best practices. The success story in government sector has inspired the Corporations / Government undertakings like IDCO, IPICOL, Gridco, and OMC...

Internet Data-Centre at NIC (HQ) has been hub for e-governance activities be it a website, portal or e-gov project in providing a robust, reliable and secure platform for service delivery. Among the thousands of web/portals/e-gov projects hosted by NIC Data Centre, Electronic Publishing of Exam results...

A significant step was taken in the year 2009, to transform the then existing ICES Application to a uniform and centr...