On Good Governance day, a state level programme was organized at PGCIL MP Hall Gurugram on 25th December 2019. Hon’ble Chief Minister Haryana Sh. Manohar Lal inaugurated a series of events on this occasion in the presence of Principal Secretary (DITECH) along with various dignitaries like Ministers, Member of Parliament, Members of Legislative Assemblies, Mayors, Deputy Commissioners connected through video conferencing which was facilitated and managed by NIC Haryana. The live telecast of the program was broadcasted through worldwide on www.webcast.gov.in/haryana through NIC webcast. Besides this, NIC had an appreciable presence as State Informatics Officer and his team were present during the whole event.

Following projects were launched during the event:-

District websites of 22 districts launched which were revamped using Secure, Scalable and Sugamya (S3WAAS) platform of NIC. All district websites of Haryana on S3WAAS are now Guidelines for Indian Government Websites (GIGW) and Web Content Accessibility Guidelines (WCAG) compliant and bi-lingual, providing contents in English as well as in Hindi. All websites have an inbuilt content management system which enables nodal officers to easily manage and update the contents on respective website.

2. Web-HALRIS in 91 Tehsils of Haryana

‘Web-HALRIS’ which was also launched on Good Governance Day, is a web-enabled integrated solution for deed registration and land records management. This portal provides facilities related to Deed Registration, Mutation, Jamabandi, Khasra Gridawari, issuing the copies of Record of Rights and integration with internal and external entities like e-GRAS, Town and country planning and HSIIDC etc.

State Government is implementing the Cadastral mapping project jointly with Survey of India. The Survey of India has started the Large Scale GIS mapping of entire Rural, Urban and Abadi Deh areas. The pilot project at Sirsi village of Karnal has been completed and launched.

The Lokayukta helps to generate a feeling of assurance among the public at large providing a mechanism to fall back upon when faced with corrupt public servants.

The Lokayukta Portal of Lokayukta Haryana launched which is having the following features:

SARAL is a unified platform to apply, track and deliver Government-to-Citizen (G2C) Services/ Schemes across the state. The portal has transformed service delivery in Haryana in a systemic manner. In the last one year 30 new services have been rolled out and 12 more services were   launched on this event, taking the total number of services on the portal to 526 services/ schemes. These schemes and services pertaining to the 38 departments, boards and corporations are being provided to the citizens through more than 6000 Atal Seva Kendras and 115 Antyodaya Kendras throughout 22 districts of the State.

Haryana Chief Minister, Sh. Manohar Lal announced that the year 2020 would be observed as “Susashan Sankalp Varsh” during which suggestions and reforms in the field of governance would be invited from the people of the State. A dedicated website would also be prepared for this purpose on which the people could upload their suggestions. The best among all such suggestions to be received on the website would be considered by the State Government. 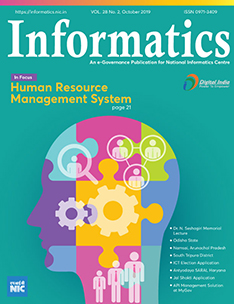